The very high rate of abstentions at the elections of 7 June is of course the most striking fact to be noted. Nearly 60% of abstentions among 388 million voters called on to elect the 736 MEPs – that shows a worrisome disaffection with the institution representing the peoples of the Union, exacerbated by the fact that the rate of abstentions is constantly progressing at every election.

This situation is due to structural reasons and ones linked to the current economic climate.

a) Structural reasons: Since the outset, European construction, which is admittedly a complex legal and institutional model, has not been clearly perceived by citizens. Unlike at national elections, they do not feel they can make a choice that will influence the Union's policy positions. This is exacerbated by the fact that MEPs are profoundly out of step with their electoral base, and the public is insufficiently informed of European work not only by governmental institutions but also by the media. The latter give greater prominence to national information to the detriment of regular reports on the activity of the European institutions. The European Parliament's specific work methods based on agreements between the various political groups are not of a nature to clarify the image voters have of it.

b) Reasons linked to the current economic climate: We must not forget that the elections took place in a context of a large scale financial and economic crisis. Citizens are demanding as a matter of priority solutions providing a way out of this crisis. However, they have not felt that these solutions were European because, from the beginning of the financial crisis, it is governments which have taken the initiative. The European Commission has stayed very much in the background and no joint pan-European recovery plan has been set in place. It is therefore surprising that voters showed indifference to the European Parliament, an institution representing European democracy, at the very time when the powers of this parliament are constantly growing and it will increasingly be in a position to influence decisions.

c) Other remarks: Everything is far from being negative in the result of these elections. While globally the traditional EPP.ESP political set-up remains, although framed by a strong progression of the ecologists and Europhobic parties, reasons for hope in the future have appeared. On the one hand, the old quarrel between federalists and sovereignists is tending to fade. Everyone can clearly see that we are heading towards an original European model, unique in the world, and that the institutional debate has found its limits. Moreover, in Ireland, supporters of the no to the referendum are no longer in the majority, which augurs well for the ratification of the Lisbon Treaty.

Also, and this is a consequence of the above, the debate no longer concerns the European construction project, now an acquired fact, including the Euro, but the content of this construction, and the way of ensuring its governance.

Lastly, it is clear that the European Parliament, of which the Lisbon Treaty further increases the co-legislation powers, is set to play an increasingly important role in European construction. MEPs amended 71% of the directives during the last legislature, in particular the controversial Bolkestein directive, which clearly demonstrates the weight of its influence. The granting to the EP of a genuine 'right to initiate legislation', in other words the possibility to propose legislative texts, a privilege today reserved to the Commission, will one day – let's hope – put the finishing touch to the irreplaceable democratic base formed by the EP among the Union's institutions. 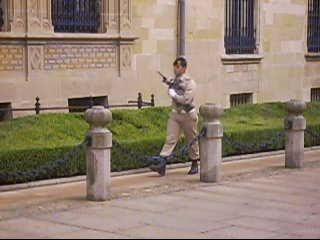