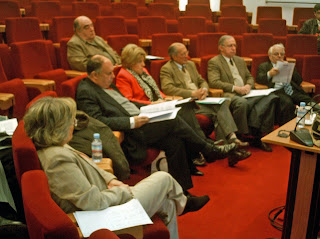 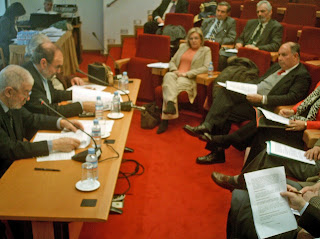 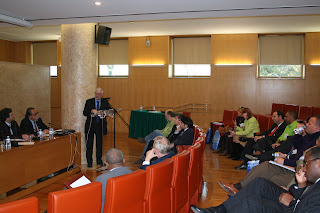 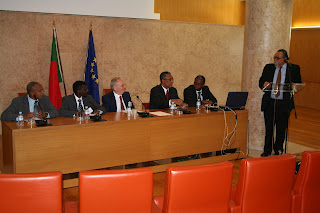 1) The creation of PARLIAMENT FOR IMMIGRANTS, as a consultation and monitoring body with immigrants elected or appointed by the immigrants associations
2) The creation of connexions BILATERAL NETWORK between immigrant associations in European countries and others in the origin, to help them to learn a new language and plan the migration procedures
3) The creation of multiple CREDIT HOURS BANK, that is a pool of voluntary work that can be exchanged in a community by terms of hours given by their members, ex. Teaching hours exchanged by cleaning hours, lawyers advice hours in exchange of gardener services.
4) A new POLICY OF PUBLIC EMPLOYMENT, especially in the public servants jobs with relations with the immigrants needs like SEF (Service on foreigners and frontiers) and ACIME, the central administration department for immigrations problems.
5) A TRANSLATORS BRIGADE, with a pool of migrant’s bilingual skills, to be called 24h a day, for police needs and court needs of translations in problems related with immigrants.
6) More teaching of Portuguese in Schools and other EDUCATIONAL FACILITIES for students of all range of ages
7) More PROGRAMS OF TRAINING and equivalence and RECOGNITION of qualifications obtained on the countries of origin or Portugal
8) Creation of a IMMIGRANT DEPARTEMNT ON THE OMBUDSMAN (Provedor de Justiça) do deal more adequately with the immigrants issues and problems.
9) Creation of VISITING BRIGADES, with members of Portuguese nationality and immigrants to organize visits to prisons and hospitals especially with children patients.
10) Creation of a MARKET OF OPPORTUNITIES, not only for employments, but also for training courses, possibilities to constitute own companies and business plans, and in general information about other activities including cultural and events open to free entrance for migrants.
11) As an example the SPORTS GAMES FOR DISABLE (http://jii2007.blogspot.com/ should be promoted among all the immigrants associations to stimulate the participation and inclusion of persons from the migrant’s communities.
12) Creation of WEEK END SCHOOLS, already in practice by the associations of Ukrainian migrants, and that are very helpful both to teach Portuguese, Ukrainian…language, history and culture (to children), and to help to obtain qualifications to became candidates to obtain recognitions of jobs and professions. Bilingual is important.
13) Creation of a public service with support of the immigrants association of an ADMNISTRATIVE ITINERANT BUS AND LIBRARY in order to provide information and solution to some of the immigrants needs, mainly in the area of legalization of documentations, renovations of licences, visas, payment of taxes, etc and also to provide a library of reference books, like legal bills , codes, etc at locals not so near the administrative principals bodies always misplaced from the point of view of those living and working far away the mains cities.
14) The majority of the participant’s referred that an edition of a BOOK ABOUT THE SEMINAR could be very helpful for the associations concerned and that the list of examples of good practices will be also, along with the transcription of the speeches and the debate, considering that the seminar was all recorded in tape.
15) The multiplication of involvement of immigrants among local sections of the RED CROSS was appointed also as a good practise example
16) For the development of new projects and programmes by the immigrant associations it was considered useful to create a POOL OF TRAINERS AND CONSULTANTS either Portuguese and from all other nationalities of the migrant communities, in order to share their skills and capacities to prepare successful initiatives.
17) Some banks also have already services especially conceived for the migrant’s needs, that are the case of BES Banco Espirito Santo and BCP MIllennium, and so it was also considered to be recommended the improvement of BANK SERVICES DESKS FOR MIGRANTS.
Publicada por DeCarvalho à(s) 10:30 da tarde Sem comentários: